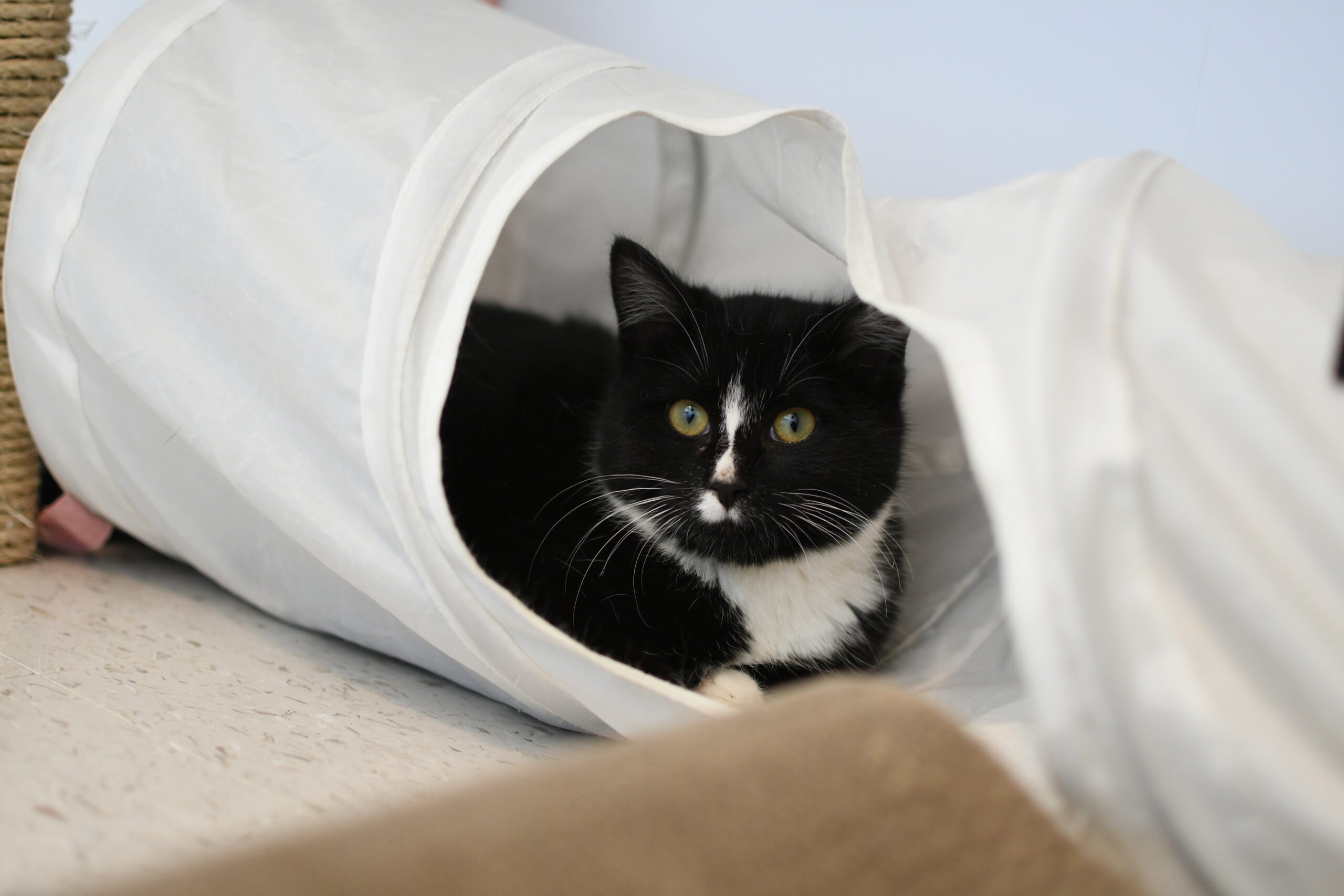 Little Munchkin came to us from the pound where he was brought in as stray that was picked up in the City of Winkler. Since coming into care he has been a little bit shy at times but warms up to people quite quickly. He does really well with other cats and would benefit from having a buddy in his new home but we are sure he would do well on his own as well. He has been friendly and curious with the dogs we have introduced him to through the window but a slow introduction to any dogs in the home is always recommended. Munchkin met one of our board members young sons and did very well. He wasn’t too keen on being held by him all that much but was very gentle and played so nicely with him! 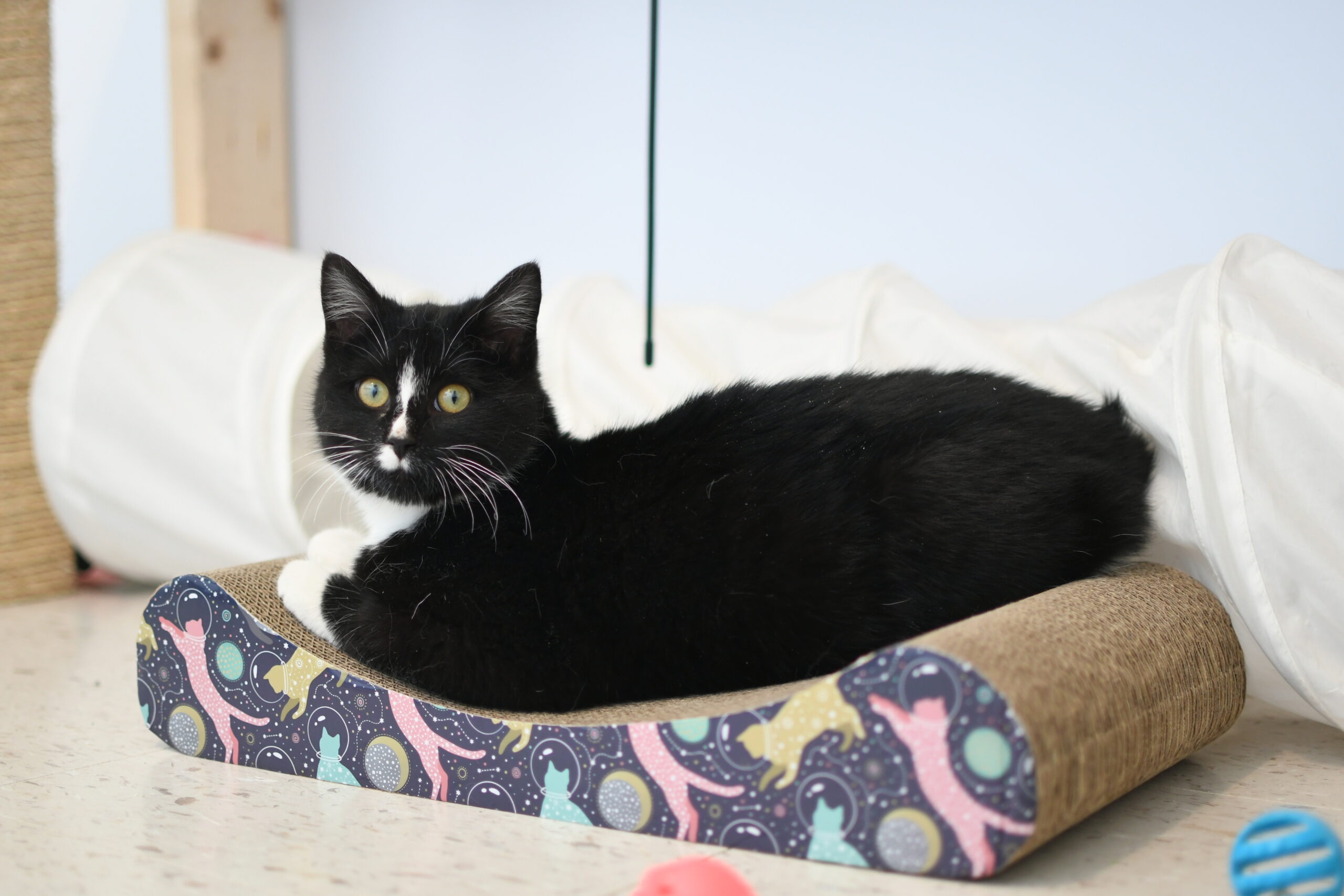 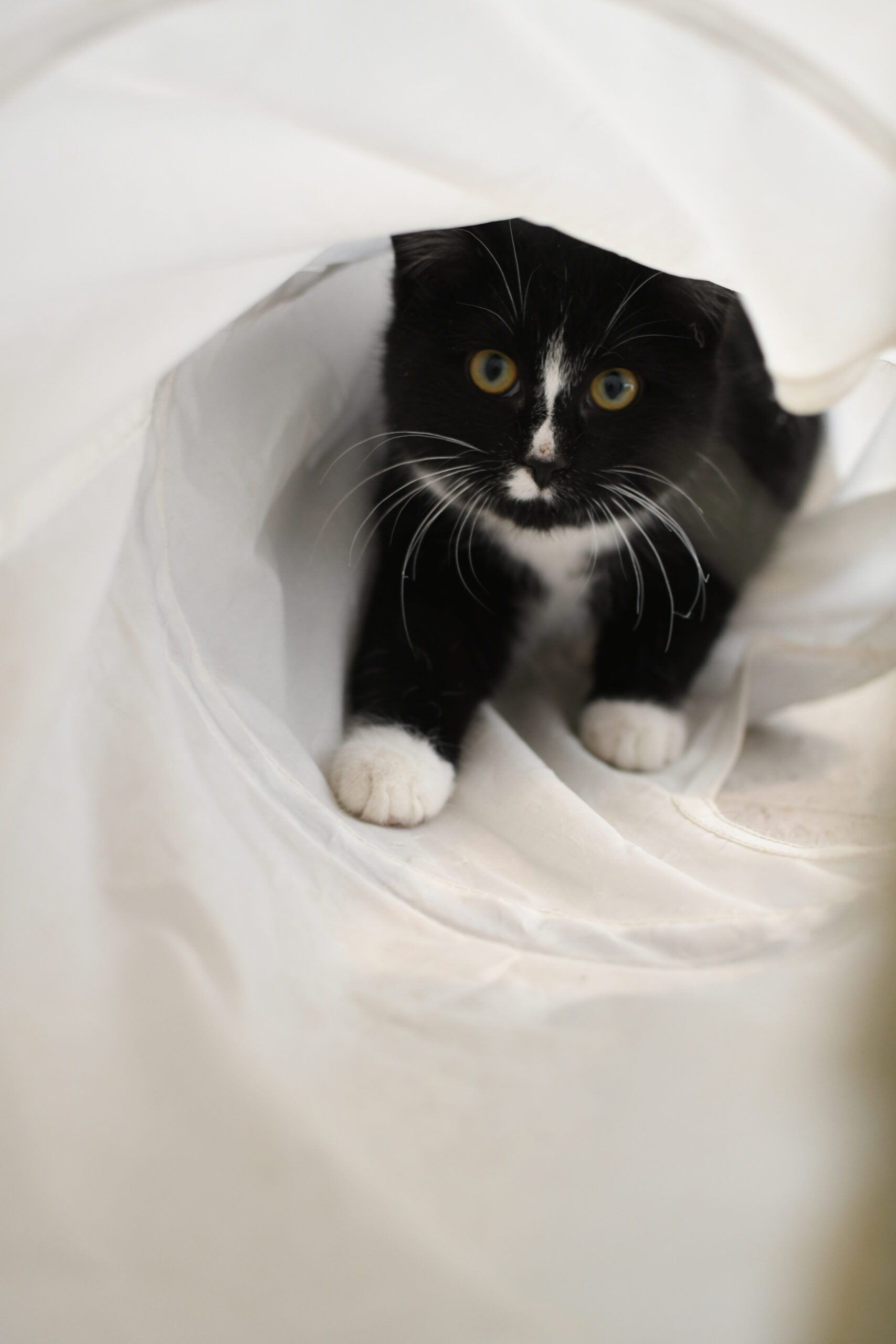 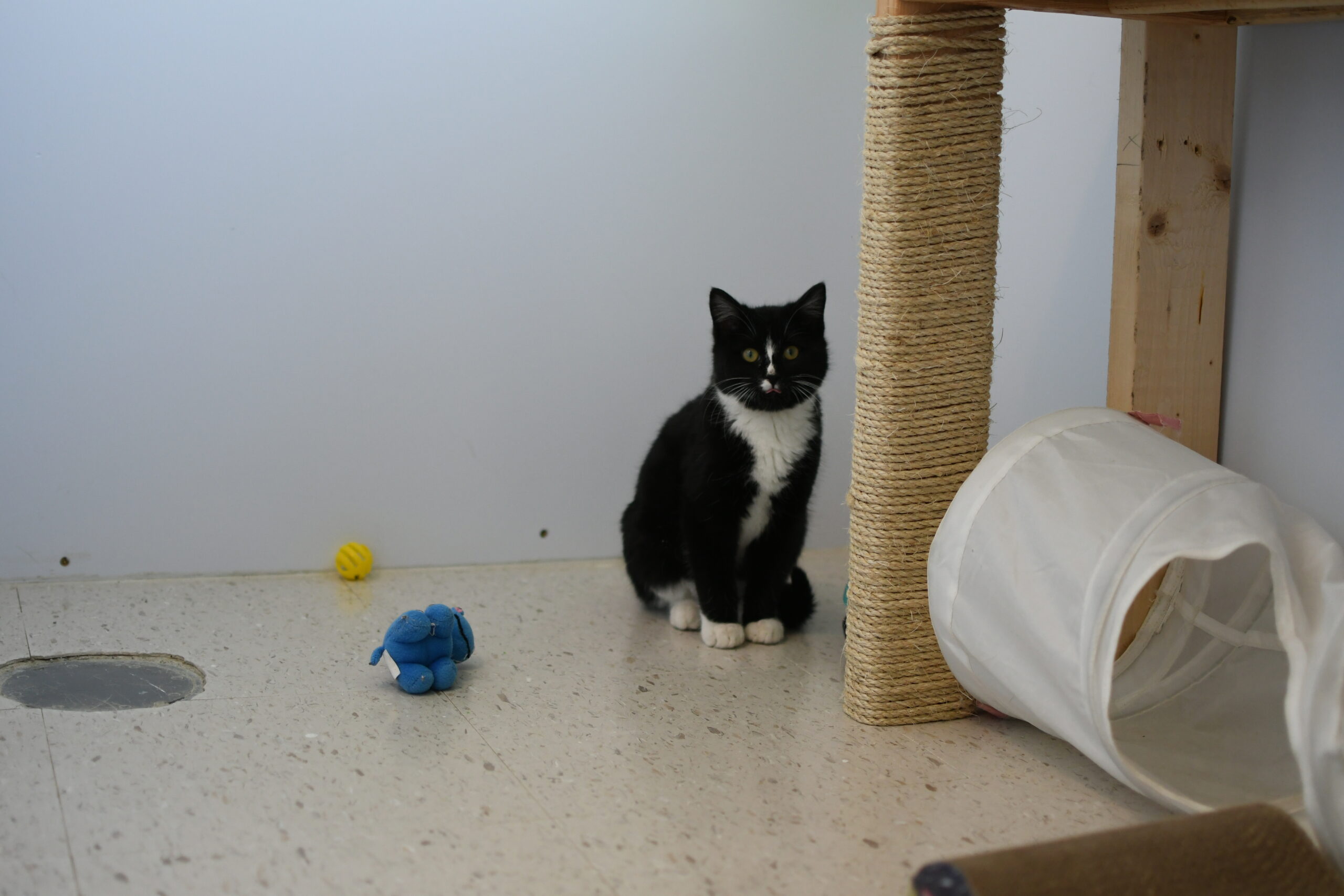 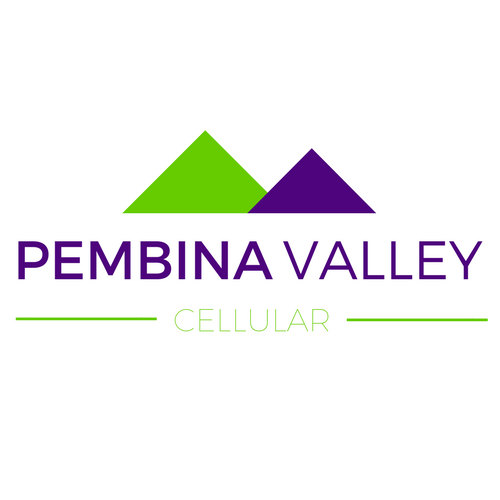